Spirits of the Air: Birds and American Indians in the South

Sauer, Carl. 1971. Sixteenth Century North America: The Land and the People as Seen by Europeans. University of California Press, Berkeley. 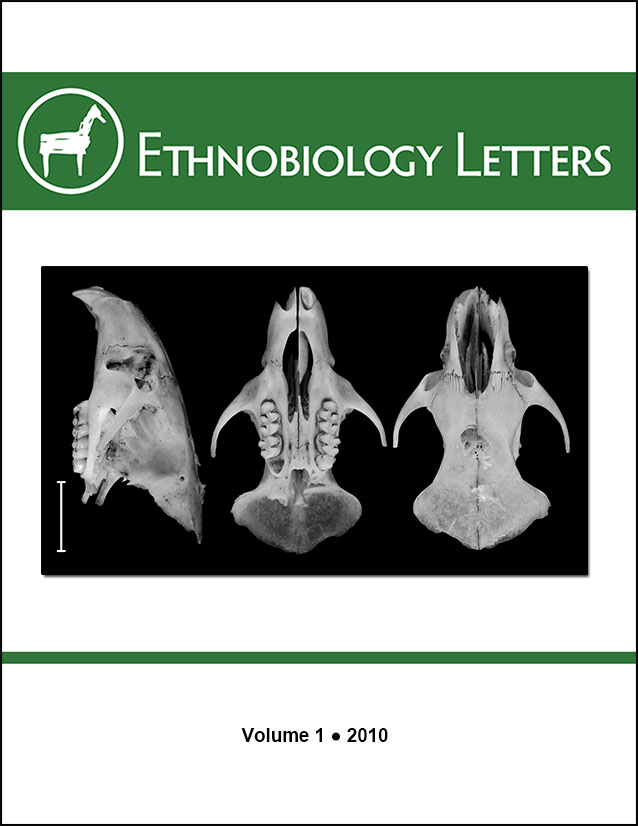 This work is licensed under a Creative Commons Attribution-NonCommercial 4.0 International License.

Authors who publish with this journal agree to the following terms:

For any reuse or redistribution of a work, users must make clear the terms of the Creative Commons Attribution-NonCommercial 4.0 International Public License (CC BY-NC 4.0).

In publishing with Ethnobiology Letters corresponding authors certify that they are authorized by their co-authors to enter into these arrangements. They warrant, on behalf of themselves and their co-authors, that the content is original, has not been formally published, is not under consideration, and does not infringe any existing copyright or any other third party rights. They further warrant that the material contains no matter that is scandalous, obscene, libelous, or otherwise contrary to the law.

Corresponding authors will be given an opportunity to read and correct edited proofs, but if they fail to return such corrections by the date set by the editors, production and publication may proceed without the authors’ approval of the edited proofs.

Most read articles by the same author(s)

The Society of Ethnobiology
publishes Ethnobiology Letters
(ISSN 2159-8126), a gold open access, fully online, peer reviewed journal for publication of short communications concerning ethnobiology, the study of the relationships between humans and environments in diverse spatial and temporal contexts.

Ethnobiology Letters is published by the Society of Ethnobiology with support from its membership.